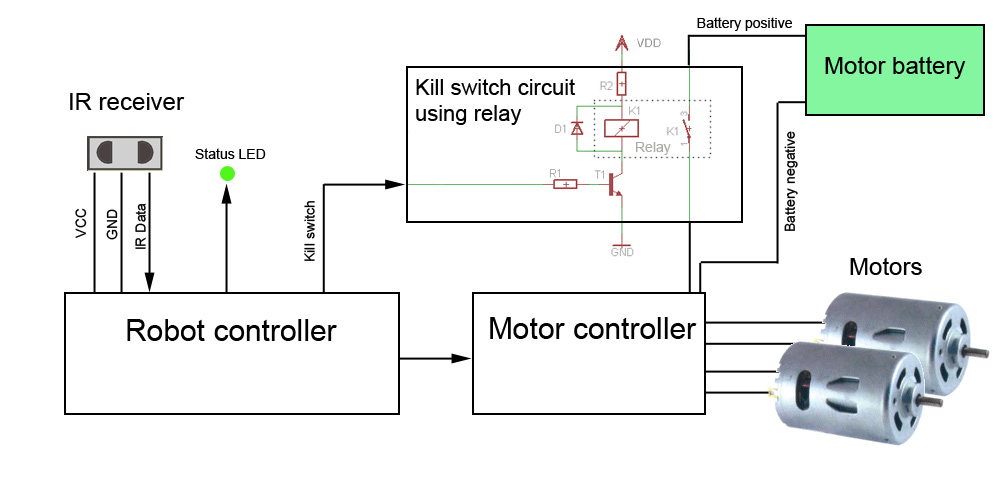 In the illustration above it is described how the IR receiver should be connected and how the kill switch circuit can be implemented using a relay. The idea of the circuit is that the relay will cut the power to the motors as soon as the kill switch signal goes low.