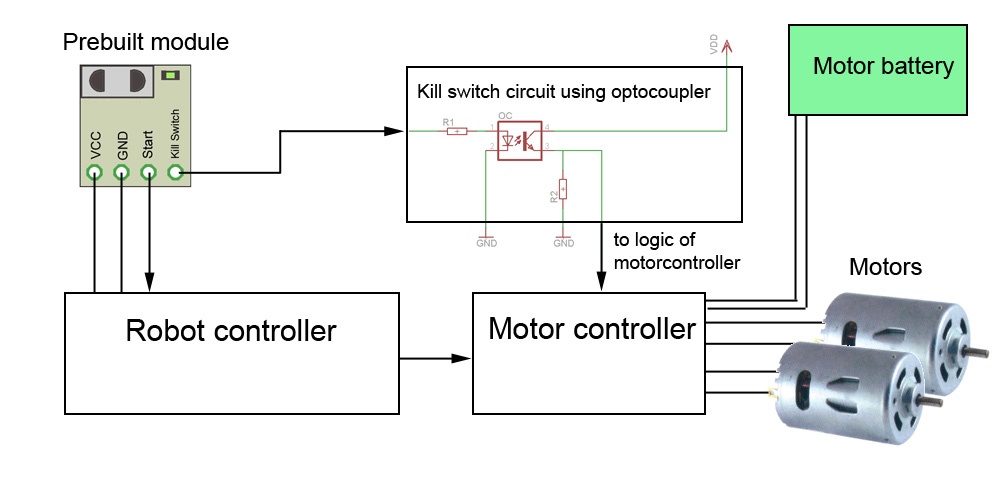 OC: Optocoupler
VDD: This is the voltage source that is used to power the optocoupler, should be same as logic high on the motorcontroller.
R2: This is a pull down resistor.
R1(Optional): is a serial resistor which limits the current through the diode this one is optional since there is already a 1K ohm resistor on the prebuilt module.