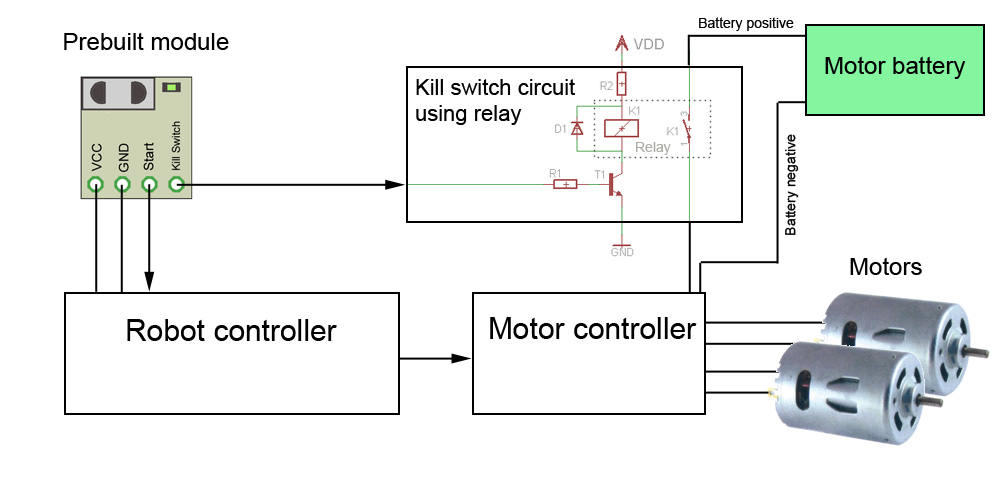 In the illustration above it is described how the prebuilt module should be connected and how the kill switch circuit can be implemented using a relay. The idea of the circuit is that the relay will cut the power to the motors as soon as the kill switch signal goes low.

K1: This is the relay which cuts the power to the motors.
VDD: This is the voltage source that is used to power the relay.
T1: this is a standard NPN transitor.
D1: This is a protection diode which protects the transistor from currents produced when the relay is turned of.
R2: This is a serial resistor which limits the current running through the coil of the relay and the transistor.
R1(Optional): is a serial resistor which limits the current through the transistor this one is optional since there is already a 1K ohm resistor on the prebuilt module.

Warning: Trying to access array offset on value of type null in /customers/e/e/8/p1r.se/httpd.www/startmodule/wp-content/plugins/woocommerce/includes/class-woocommerce.php on line 186